The Las Campanas Observatory Stellar Library is the most comprehensive near-infrared spectral library (wavelength coverage between 8450 Å and 25000 Å at the spectral resolving power of R=6500) which provides an extensive coverage in the space of stellar atmospheric parameters and includes the largest sample of asymptotic giant branch (AGB) stars observed up-to-date in NIR. The library includes 1300+ stars observed between 2013 and 2017 using the Folded-port InfraRed Echellette (FIRE) spectrograph operated at the 6.5-m Magellan-Baade telescope. The library includes spectra of 35 stars from LMC and SMC, 20 stars from the Galactic bulge, and about 80 red giants from Galactic globular clusters covering the metallicity range between -2.2 and -0.3 dex. Additionally, it contains (i) spectra of 8 bright L/T dwarfs including the 3rd nearest star to the Sun, the binary brown dwarf Luhman 16 (spectra of both components are available separately), (ii) 20 chemically peculiar A stars, and (iii) 5 planets/satellites of the Solar system -- Mars, Jupiter, Saturn, Titan, and Uranus. The LCO SL sample was constructed to have a significant overlap of about 600 stars with both INDO-US and UVES-POP, as well as other published stellar libraries (IRTF and X-Shooter Spectral Library). 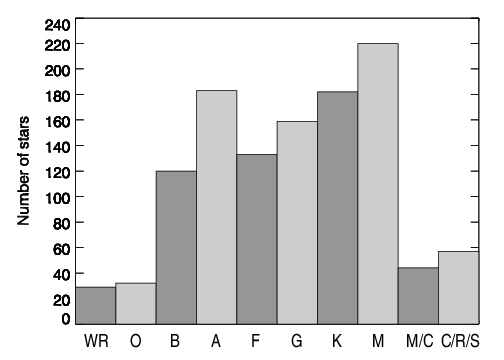